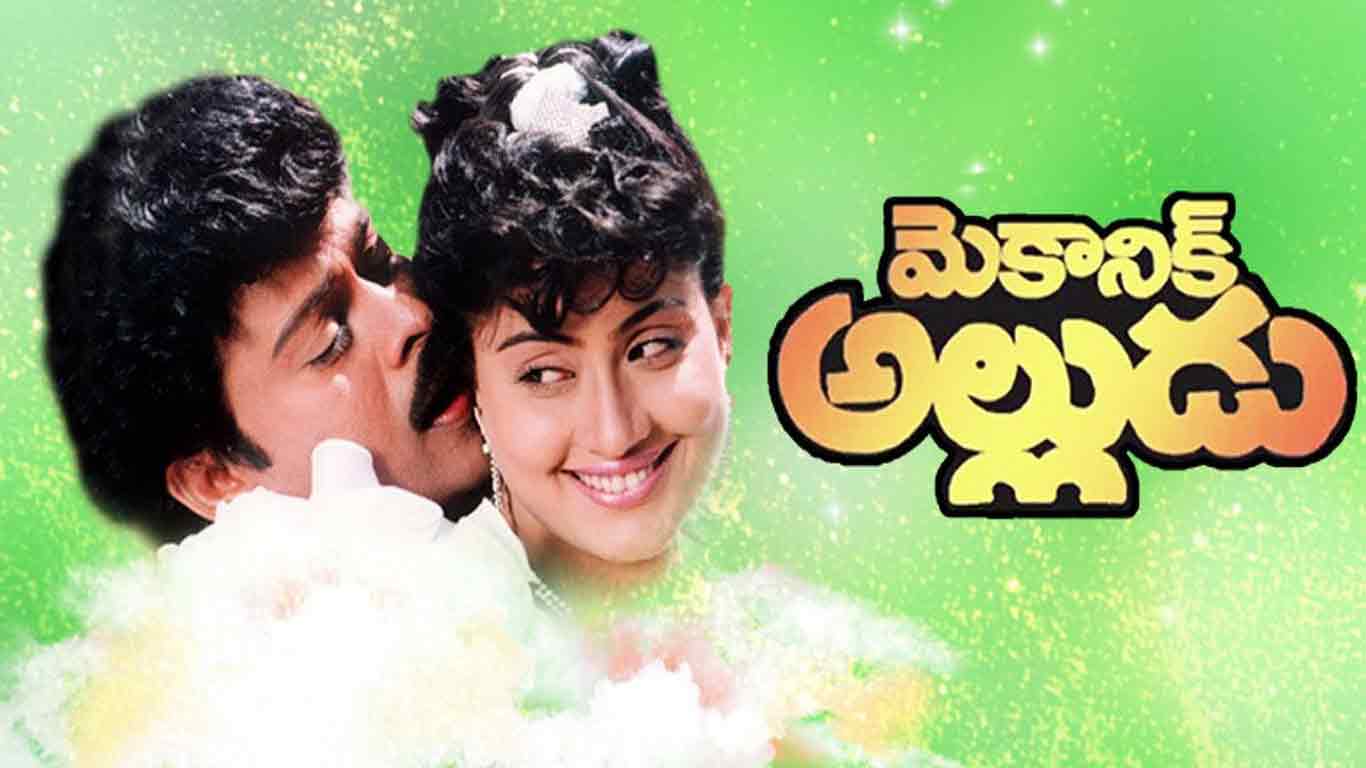 Mechanic Alludu is a south indiantelugu classic film written by Satyanand and directed by B. Gopal released in the year 1993. It is a multi starrer film acted by AkkineniNageswara Rao and Chiranjeevi as the main leads. Both of the actors are super stars in our telugu film industry. They were the trend setters of all time. It is an action comedy film that will just pull you back to our classical times in the film industry. It is one of the great classical movies of all time. There are many free online movies on aha platform.

Ravi, a young and energetic guy who takes up alot of jobs and loses them for bickering over. He always picks a fight with a girl who runs a hotel in his area and she does the same too. It becomes a habit for both of them to quarrel and fight with each other. As losing his jobs like that, he was offered a job under a mechanic in a vehicle repair garage by the boss as he had a past. Ravi saves the owner once from an accident and that builds a positive view for the owner towards ravi. After taking up the job, Ravi realizes that the daughter of the owner is the girl he always fights with in the hotel. After a few fights as a habit and some comedic turnovers, they both fell in love with each other. Her father accepts their marriage and during the marriage, looking at ravi’s family, father stops the marriage ceremony right away as he had a horrible background rival story with ravi’s family. What truths reveal and how Ravi tackles the problem to save the marriage will be entertaining enough to spend time to watch.

This is one of the best classic telugu movies to watch to get back to those good old days of telugu cinemas.  You can watch mechanic alludu movies online.